Cardinal Cupich has assigned Deacon Rolando Joseph S. Merced to serve in our parish community effective July 1, 2022. We are very grateful to have Deacon Rolando here with us. He has already been here a couple of weeks and some of you have already met him. Please introduce yourself to him. We are sure he will do well here and will be a great addition to our parish community. Deacon Rolando will help assisting at masses, officiating weddings, baptisms, and with different ministries in the parish along with the other deacons. You can read his autobiography below and please welcome Deacon Rolando Joseph S. Merced and his wife, Rebecca, to our community. 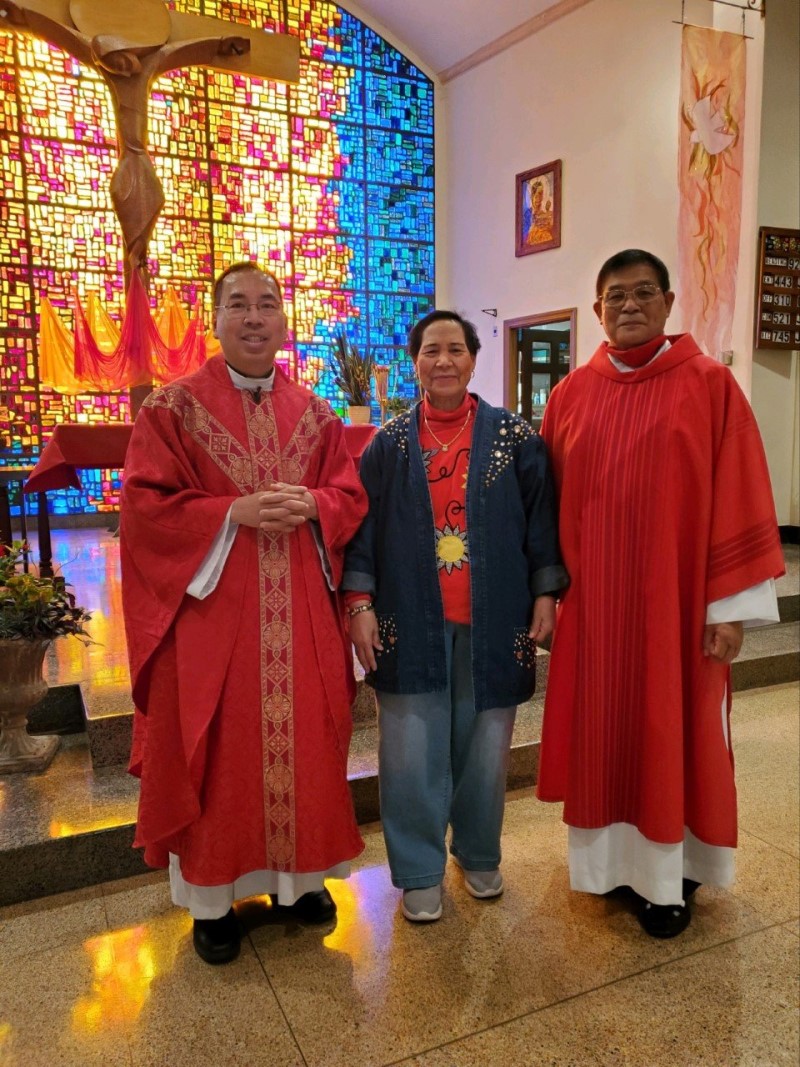 Dcn. Rolando Joseph S. Merced is the fifth child of eleven children of the late Patricio M. and Magdalena S. Merced who were very religious Catholics, raising their children as such. He was born on March 17, 1948 in Aritao, Nueva Vizcaya, Philippines. He acquired his elementary education at the Aritao Elementary School. He finished his secondary education in 1967 at the Christ the King Mission Seminary in Quezon City, Philippines and in 1969 attended the Divine Word Seminary for his Associates of Arts, also in Quezon City, Philippines.

When he left the seminary he pursued further studies at La Salette College in Santiago, Isabela, Philippines for his Bachelors of Arts. In 1973, he volunteered to help his brother, Fr. Antonio S. Merced, SVD, who was the parish priest in Sanchez Mira, Cagayan, Philippines. He enjoyed teaching at the Divine Word High School and spent his spare times teaching Religion and bringing the “Good News” of the Kingdom of God to families in the outskirts of the town.

On August 25, 1975, Roland, together with his three siblings migrated to the United States of America and settled in Chicago. He worked as an Activity Therapist with Jewish Vocational Services, and at the same time took courses in Nursing at Saint Mary of Nazareth School of Nursing until he earned his diploma; he took the State of Illinois Nursing Board Exams and passed. He worked as a Registered Nurse at the Chicago-Read Mental Health Center, started as a Psychiatric Nurse in Triage/Admission/Intake until he became a Nurse Supervisor and volunteered as the Nurse Manager of the Statewide Program for the Deaf and Hard of Hearing and had special training in American Sign Language.

On June 4, 1997, Roland became a professed member of the Secular Franciscan Order of the Saint Francis–Saint Louis Franciscan Third Order at the Saint Peter Church in the Loop. With the help of the Filipino American Clergy Association, together with the sponsorship of Fr. John Rudnik, Pastor of Transfiguration Church in Chicago and with his wife, Rebecca Manzano Merced were accepted in a four–year program in the Formation as Deacon Couples for the Archdiocese of Chicago. Roland was ordained on May 26th, 2002 at Holy Name Cathedral by the late Francis Cardinal George.

Dcn. Rolando and Rebecca Merced served as a Deacon Couple at Transfiguration and St. Matthias Churches as one merging Parish under Fr. Terrence Keehan from 2002-2012. The duties were preaching, Liturgy, Ministerial Training for Lectors, Ministers of Care, Extraordinary Ministers of the Eucharist and Altar Servers, and Environmental Church Decorator.

From 2012-2015, they served as a Deacon Couple at Our Lady of Mercy, Chicago; where he set up a Bilingual Bereavement Team, did preaching, Liturgy, and was the Ministers of Care Coordinator.

In 2016, Dcn. Rolando was transferred on an emergency basis to St. Hilary Parish, to help the newly assigned pastor, in addition to the above duties and responsibilities did Pre–Cana, and provided pastoral care to five nursing homes around the parish.