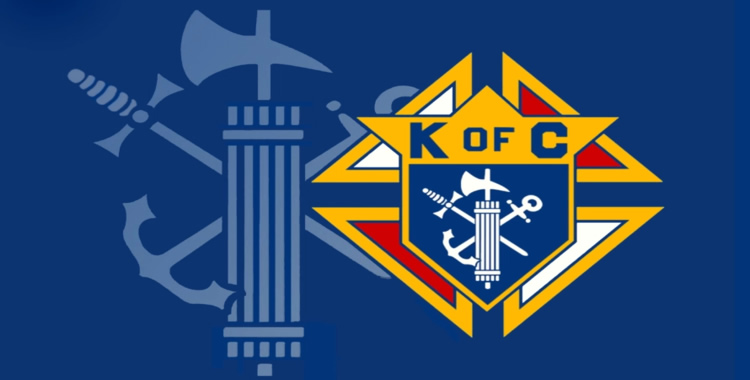 The Knights of Columbus – St. Anthony De Padua Council 1949 is an international fraternal organization which supports our Church and school, Special Religious Education, religious vocations, the Pro-Life movement, and many other Catholic causes.

The Knights sponsor a Basketball Free Throw Contest at St. Celestine School in January. All the students have fun preparing for the competition. The students of the school also participate in the Spelling Bee Contest sponsored by the Knights.

We also participate in the Intellectual Disabilities (ID) or Tootsie Roll Fund Drive which is held around the third week of September. With the cooperation of our members and council supporters, we collect on street corners, in front of businesses and at weekend church Masses. The funds generated from this drive are used to support state and local programs which help people with special learning needs.

We are dedicated to the support of our local parishes, dioceses, and direction of our Papal Father.

If you are interested in becoming a Knight, please contact Mike Henning by leaving a message at the Pastoral Center, 708-453-2555.  WE ALWAYS WELCOME NEW MEMBERS!

When our Council began a small group of men gathered together and were granted its charter to dedicate their efforts for the benefit of the Holy Mother Church and the goodwill of their fellow men. On April 20, 1919 they received their charter as the Franklin Park Council at St. Gertrude Church. The Council moved its headquarters to Elmwood Park and changed its name to St. Anthony de Padua Council in 1933. Under capable direction of its officers the membership had grown to 425 members. They became prominent in the CYO and the Newman Apostolate. Throughout the years their officers received many distinguished awards in their work in the Knights of Columbus activities.

This group is made up of the members of St. Anthony De Padua Council who are 4th Degree members. The function of this group is to be available to stand Honor Guard for the Cardinal and Bishops at the various church functions. This group also stands Honor Guard at the wakes of the Brother Members who have passed away. Through their fundraising efforts, they are able to donate a stipend to a seminarian chosen by the Rector of Mundelein Seminary.